Tiwi Prosecution is located on the eastern coast of Al-Hajar from Amman, where the historical city of Qalhat is bordered to the east, from the west by the states of Qurayyat and Dima and Al-Taei, to the north by the Sea of ​​Oman, to the south by Wadi Bani Khalid and the Bani Jaber mountain range.

Acting villages
The villages that are affiliated with the Tiwi Prosecutor and says: The Tiwi Prosecution is a sprawling prosecution and by virtue of its geographical topography that combines the mountain, the plain and the sea, the majority of its villages are located in the mountain peaks and in the plains and valleys of the valleys and so many villages and residential neighbourhoods follow them, where the number of villages To thirty-six villages, the most important of which are (Al-Sahel – Al-Rafa’a – Al-Shab – Al-Hosn – Haret Baddah – Sama’a – Maybam – Al-Jila – Jarif – Halwat).

There are habits of vomiting where the residents of the residential villages used to migrate from their homes to their farms and this travel is called “attendance” and they stay in the palms for a period of three months.

Aflaj and eyes
And on the aflaj that are found in the Tiwi  prosecution, Abu Faisal states: The Tiwi  is considered one of the most important areas in the Sultanate in which water is abundant, which led its inhabitants, especially the residents of the valleys and mountainous regions, to take an interest in agriculture. So close to the water flowing from the valleys and the eyes that flow from the mountains, the aflaj is divided where there is Acting fifty-four falajs, the most important of which are (Falaj al-Badawi – Falaj al-Mutarab – Falaj al-Asab – Falaj al-Aqaria – Falaj al-Sufala – Falaj al-Aqir) There are also many eyes that flow from the mountains, which are considered a tributary of some falajs, the most important of which is (Ain Musawah – Ain Mohalbi – Ain Marawneh Ain Halut)

The first work begins with them, the palms, where the tan and the settlers meet at a specific location on an agreed upon day and it is called the day of “wagban” as it is done Which A during the waking period, picking palm fruit, mango trees, lemons, and beans, and after the waking period ends, the residents return to their dwellings in the neighborhoods, and this case is called the “fourth”. As for the habits of entering and leaving the blessed month of Ramadan.

there are recruiting by some of the people whom God accepts sharply so they go from them To a site in one of the mountains called “leisurely” and some of them ride the ship Hull or Houry and go to a degree from the depths of the seas and from these two sites the crescent is monitored and when they watch the crescent they fire bullets to know that it is proven to see the crescent, and during the two feasts Eid Al-Fitr and Eid al-Adha The people of the habits of exchanges of exchanges of congratulations, as this continues throughout the three days. During these visits, traditional arts are performed, such as the art of the goddess, the comfort, the condolence, and the obsession.

There are many good customs and traditions that are somewhat similar to the rest of the villages, which cannot be presented as calling for fish in two periods and eating meals on a customary day. The drums were knocked in the first ten days of Dhu al-Hijjah by what is called the art of “Shaddh” .. As well as the monuments of the swingers “swing” during these days and this is unique to the female component, as they practice it at the first time of the night.

The most famous landmarks in the Tiwi Prosecution
And on the archaeological, touristic and religious monuments, his speech goes on, saying: Every beloved state and village abounds in landmarks that are numerous in their types – and since the Tiwi Prosecution, by virtue of its geographical location, and it contains the coast, the plain, and the mountain, it included many historical monuments, religious monuments and tourist attractions that we can address as follows:

First: historical monuments (archeology)
There are a large number of castles, fortresses, constellations, and various types of ancient monuments that suggest the existence of an ancient past for this prosecution, including:
Fort Ben Muqrab: This fort is located on the top of a mountain in the Tiwi district. It was built by Bin Muqrab when he resided in Tiwi . This fort contains inscriptions and writings on its walls in that era, as well as horse ties in front of the fort. The esteemed Ministry of Heritage and Culture has restored this Fort recently.

Nineveh Castle and Holocaust: This castle of a woman called (Nineveh) was ruling these parties and took the seat of Tiwi  as their seat of rule in the pre-Islamic era according to what is narrated from it. Also, the Holocaust still has traces remaining that it is narrated that a people threatened them and had ordered to collect a large amount of firewood and took A narrow location between the sea and the mountain, where there is no other way to light the fires, and when I heard that the people crawled on it, it set fire, and when the woods roared, I ordered to put dust on the flames and when the armies came

At night, their horses collapsed in the fire, and the armies were broken, torn and returned, defeated.
3 Al-Jila Burials: These burial sites are found in Al-Jila Village, one of the mountain villages affiliated with the Tiwi Prosecution, and they are in the form of towers. (2000 BC) and the number reaches 90 graves scattered over an area of ​​several kilometers. Given its importance, the Ministry of Heritage and Culture took care of it by protecting it from collapse in terms of carrying out restoration, some of which became based on its origins as if they were born today.
Other towers and castles: There are many towers and castles that spread in a number of the procuratorial villages, which were constructed with civil efforts, perhaps the most important of which (Al-Shabab Tower – Al-Husn Tower – Sima Tower – Mibam Castle – The two ancient castles of the Tiwi located at the entrance of the Procuratorate from the eastern side).

Archeological tombs: There are many archaeological tombs, some of which date back to the ancient ages, the most important of which is the tomb of Ibn Muqarib, where there is at the foot of a tall mountain that passes through this mountain, the Valley of Tiwi , where it is narrated that he had prepared it himself in his life and recommended to his people to bury him in that grave The will according to what he was told was that he was afraid of a people who were chasing him and feared that their horses would step into his grave.

He recommended that he be buried in that grave. A large number in the village of Haret Baddah, one of the beautiful villages affiliated with Al-Niyab Located on the banks of Wadi Tiwi, as well as in the village, including Gref .. and some of these effects, which still exists to this day it’s important effects and is itself clear evidence and a witness to the long history and the past of this region.

The mountain villages, such as the village of Al-Jila, Al-Jahl and Al-Ghamb, whose houses retain their ancient archaeological architecture, as they were built on an ancient architectural style, as well as the Al-Jila Village, which was included in the World Heritage List.
Second: Religious features: The Tiwi Prosecution has many mosques and mosques, as there are more than forty-seven mosques and mosques, the most famous of which is the Tiwi  Mosque – Al Faruq Mosque – Al Rifa’a Mosque – Al Hosn Mosque – Al Ghufran Mosque – Al Shabab Mosque – Haret Badah Mosque – Al-Khwar Mosque in Maybam) There is also an old mosque in the village of Fadhat, which is considered one of the oldest religious monuments in this prosecution, since the fathers could not reach the date of its construction.

Third: Tourist attractions: On the sights that are famous for the Tiwi Prosecution
The distinctive location of Tiwi , its fertile valleys, its beautiful beaches, its historic forts and its natural valleys all make it a unique tourist landmark, as many tourists visit it on weekends and official holidays from everywhere, whether it is from Amman or outside Amman, and this is very frequent. And the tourist sites that are distinguished by the Tiwi Prosecution, including:

Wadi Tiwi : This valley is no less important than the youth’s valley, due to its breadth and length, as well as the ease of movement within it by means of (car), as it is dotted with a dirt road that extends up to more than eleven kilometers, heading towards the beautiful villages that lie on Its banks – the roaming rider in his car spends it in the dense trees scattered on its sides, as well as along its flowing water through it. All of these and other touristic elements gave this valley a character and aesthetic look that gives the same tourist joy, pleasure and psychological relief.

Gref Beach: This beach is considered a rest for tourists coming to the prosecution while they head to other tourist places in the region, as its silver sands, large square, and cool air adorn it. It is adjacent to the fresh water flowing from the Tiwi  Valley and the beautiful green trees, as well as being a collector between the sea waves and the valley of the valley. 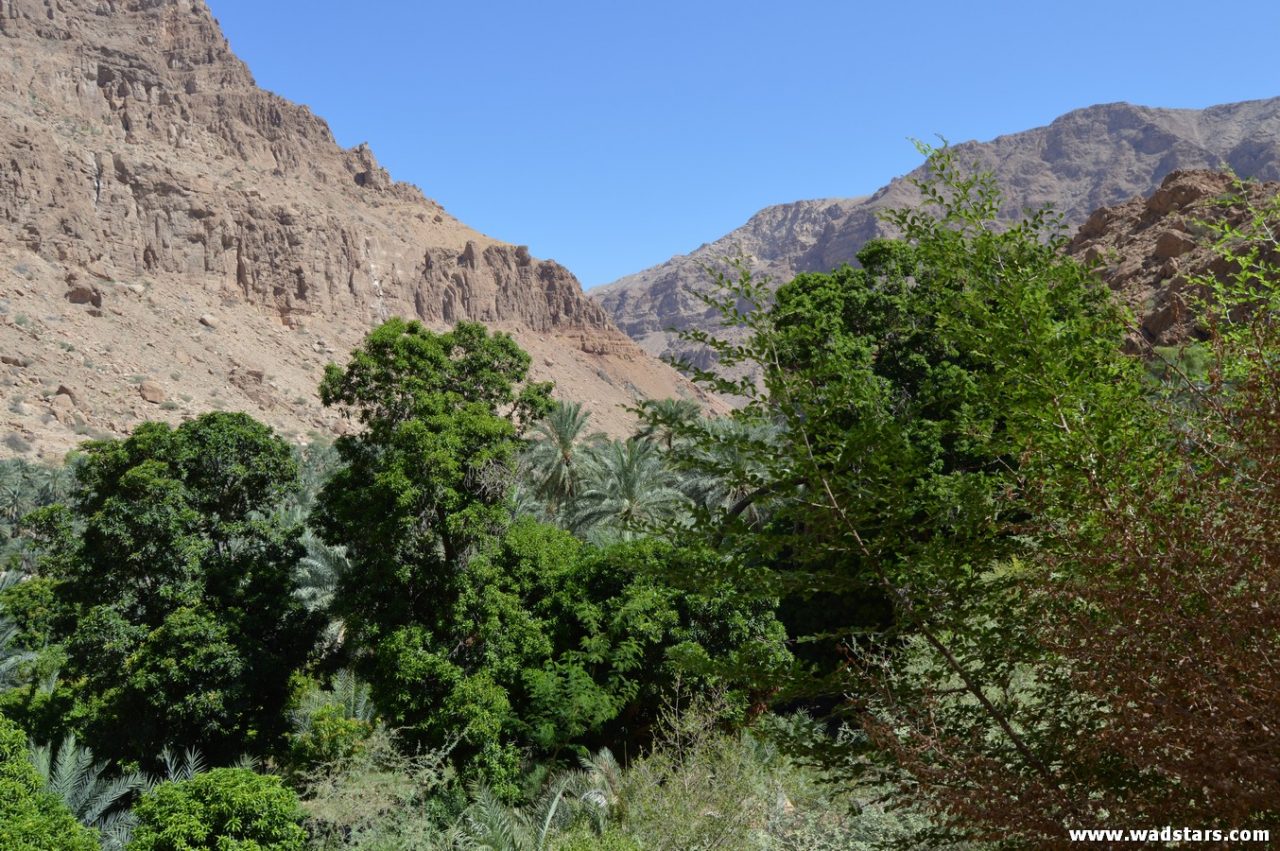 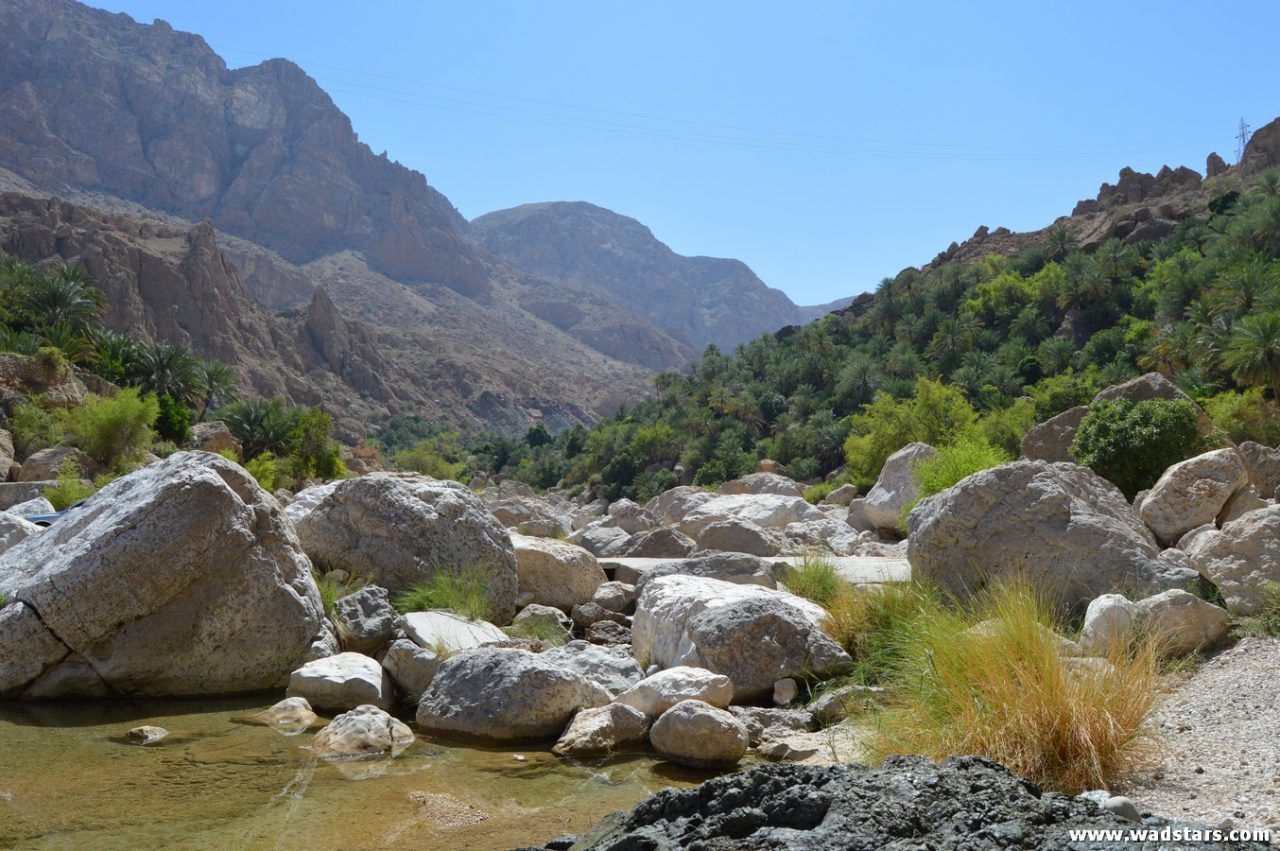 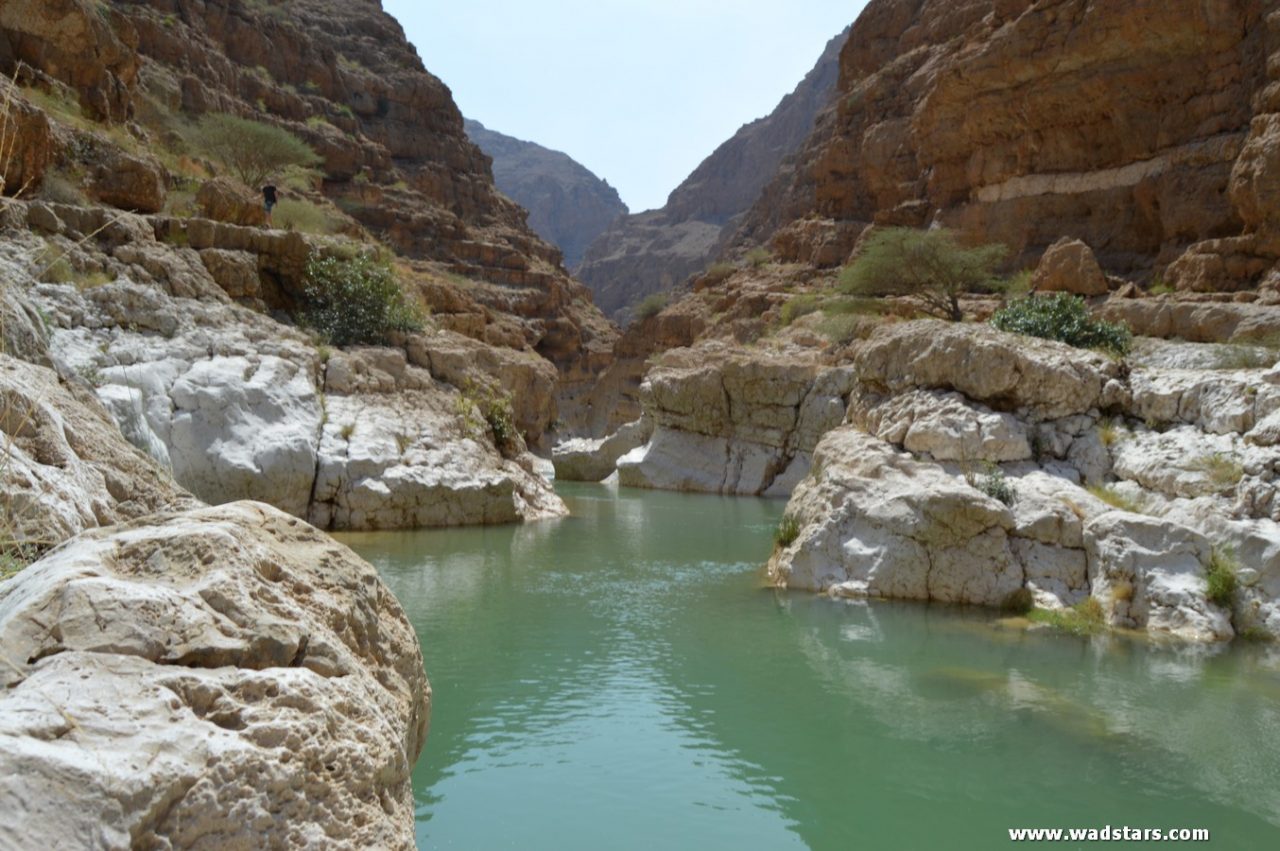 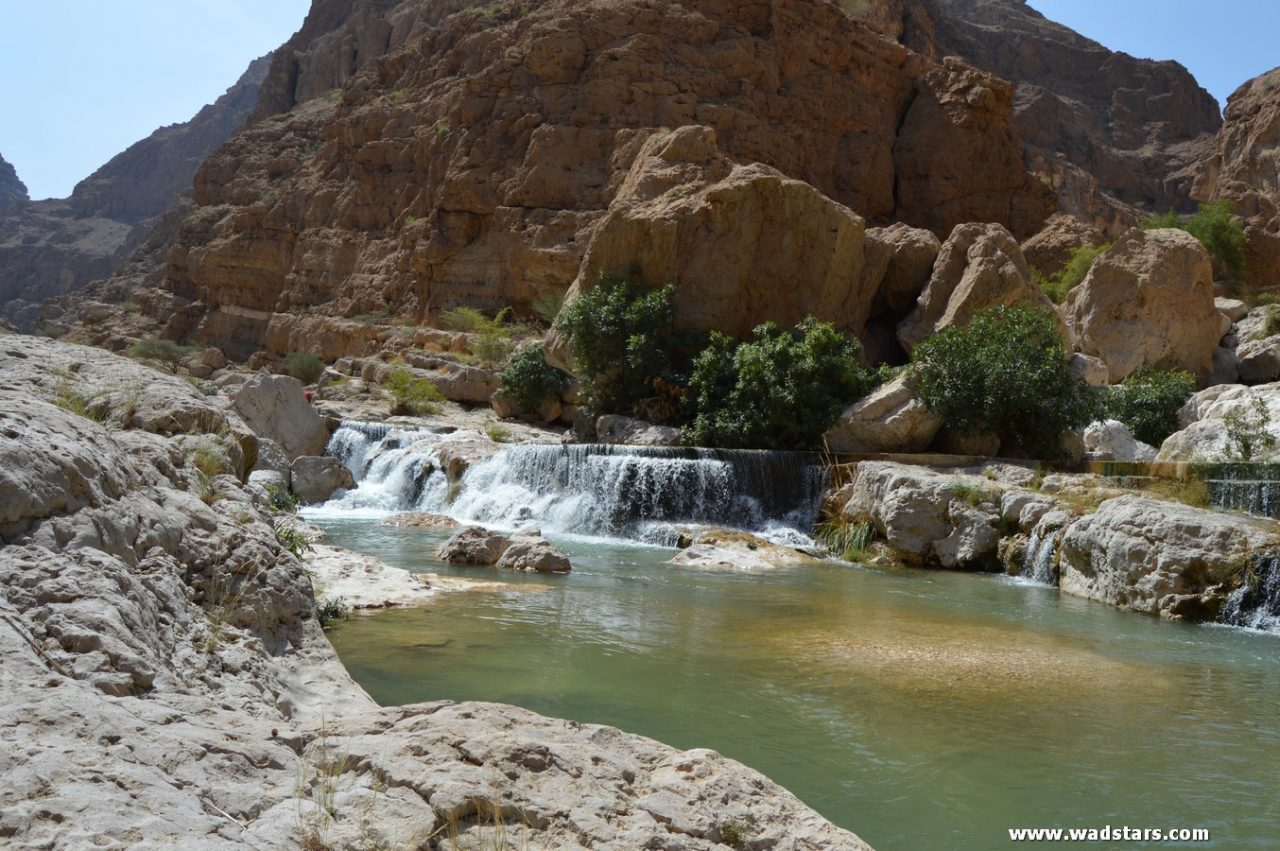